SUNY Rockland positioning itself as a regional engine for job training 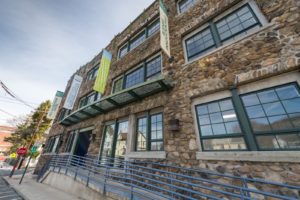 In recent years there have been between four and five million open, unfilled jobs in the US Economy.

In fact, as of the fall of 2018, the number of jobs available ballooned to a whopping seven million, according to a statistic published by the Wall Street Journal.

Can you say “tight job market?”

At the same time that this large number of available jobs exists, there is an alternative, less happy statistic: over 10 million unemployed, or underemployed individuals are basically not in the workforce or are working at part-time jobs for which many are overqualified.

Then again, many workers simply no longer look for work. 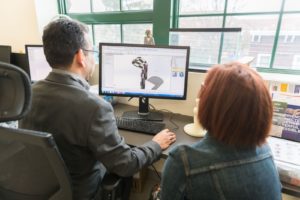 Dr. Baston began his tenure at RCC in 2017 with circumspection, by looking at the critical issues facing industry in the face of technology disruptions and by examining the demands of a changing job market.

He wanted to reach that population that is chronically unemployed or underemployed as well as train up a pipeline of young talent ready and able to meet the technological demands of modern manufacturing.

The conclusion he and his team at the college arrived at is workforce development in a rapidly changing business environment has not kept up.

Academia, business, and the non-profit sectors should be leading the way forward, but arguably have been napping through a revolution.

By offering training and preparing a skilled workforce Dr. Baston and his RCC faculty are anticipating and acting on manufacturer’s employability requirements.

T-SEC, a funding partner to RCC

T-SEC, a valued partner to both academia and manufacturers,  helps workers stay competitive in a changing economy and helps manufacturers and employers find a talent pool with the employability skills 21st-century jobs require.

It does so by providing access to the hi-tech equipment so necessary for hi-tech training for in-demand jobs.

For instance, T-SEC knows that training workers to be proficient in  CAD prototyping skills will prepare workers for jobs in the exploding 3D print cluster.

That is why T-SEC has funded close to a half a million dollars worth of 3D Print equipment it located at SUNY Haverstraw.

T-SEC’s stewardship is something Dr. Baston seized upon to help him grow admissions to serve students who can graduate into well paying jobs in the lower Hudson Valley. 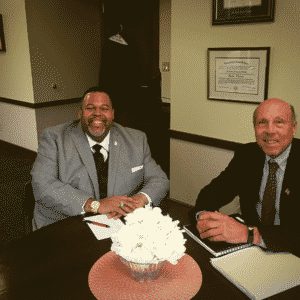 The business climate in the Lower Hudson Valley

This region has a diverse population, tremendous capacity, and close proximity to the robust economies of New York City, Northern New Jersey, and Connecticut.

It’s also an area where advanced manufacturing and service-based sectors like automotive repair, the food and hospitality sector, as well as the health tech and health services sectors,  have seen solid growth since the Great Recession.

A digital reinvention of industry is occurring in real time

Hardware married with software, and the resultant data, have become the basis for providing a competitive advantage to businesses who are adapting and innovating.

Hudson Valley manufacturing, healthcare, and other sectors can be characterized as changed in some way and from lesser to greater degrees because of:

So, what’s the proof of the impact of the aforementioned?

Workers in the hospitality/food service sector can use a Bluetooth enabled temperature sensors to measure the temperatures of their key assets quickly and be alerted if food is above or below healthy, acceptable thresholds.

Workers in the automotive repair industry can work on IPads and laptops using software technology to perform diagnostics on autos, sometimes without ever even looking under the hood.

These disruptive technological adaptations mean workers must be trained in technologies and thus prepared to enter jobs and hit the ground running.

RCC’s 3 strategies for disrupting, scaling and transforming SUNY Rockland into a regional engine for economic opportunity and growth

Dr. Baston and his team, after intensive review and team planning, have launched or soon will launch (over the next few years) new and strategic programs to provide value to students as well as value to the Lower Hudson Valley’s business community:

The courses – which include Google IT training,  CAD drafting/3D modeling for 3D printing, training for auto under-car specialists, and social media branding & marketing for entrepreneurs – were created to meet local workforce needs.

The courses take between two weeks and five months.

“We’ve repackaged and re-bundled our curriculum in a way that allows for shorter completion. We looked at industries where there are high growth opportunities and where jobs actually exist and provide programming that could shrink the time it takes to earn credentials to get those jobs,” said Dr. Baston

The certification programs are designed to teach specific skills in a concentrated time frame so students can start a new career, begin earning a good salary and do so in less than one year.

The programs also include courses that may be transferable as college credit at RCC in the future.

“Middle skills refer to skills for jobs which require more education and training than a high school diploma but less than a four-year college degree,” said Dr. Penny Jennings, executive director of Strategic Initiatives at RCC. “To this end, we are focused on offering programs that fit the needs of employers and workers. We expect great success for students enrolling in our January 2019 inaugural classes.”

Business leaders in the Hudson Valley who are searching for qualified candidates with specialized skills training can be confident that RCC is training students in the following specifics outlined as RCC’s Middle Skills tracks: 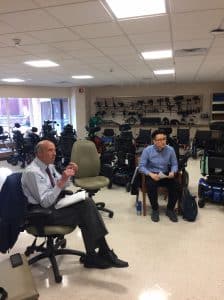 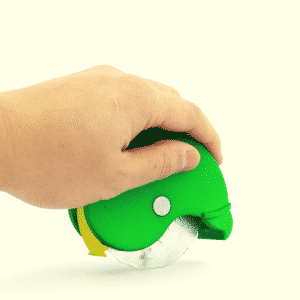 Students learn to repair, build and troubleshoot computers and computer networks. No previous experience or education is required, and students can earn CompTIA certifications in A+ and Network+ as well as the Google IT Support certificate.

Students learn the ins and outs of using social media marketing and branding for business in a few short months. The program is conducted online so students can access the coursework at any time.

Just as Dr. Baston guided RCC to a Middle Skills Academy, he is embarking on guiding the school through another structural innovation to shape the direction of the school so its curricula dovetail with the needs of regional businesses in two-year certification programs.

For the last two years, he has worked with his trustees, administration, and faculty to bring a change to the core of the school’s offerings to students.

The team identified that RCC can best serve students by more broadly organizing its offerings into a school-based model.

Essentially, RCC will structure several schools within the overall offering of RCC Community College. The schools will have their own curriculum-specific programs.

These concentrated programs will be organized to best meet market needs and best serve student outcomes.

Each school will have distinct programs to prepare students for success as they move from RCC on to complete their four-year baccalaureate degree.

The goal is that students will move on to a four-year school which tracks the programs specific to the two-year experience at RCC.

RCC holds that when students are a part of a cohort as provided in the schools-based model:

T-SEC, The Strategic Economic Consortium, has a more than five- year partnership with RCC which began under President Cliff Woods tenure and continues with Dr. Michael Baston.

Dr. Woods initiated the relationship at a time when the Hudson Valley region was reeling from the Great Recession.

His vision, which T-SEC CEO/President Carl Meyer agreed with, was that 3D printing would provide long term employment opportunity to the region, and that training of students, as well as the opportunity for manufacturers and makers to access the 3D Print Center to prototype in order to spur growth, was vital.

Meyer arranged for and helped oversee the purchase of equipment and capital improvement of the 3D Print Center.

Subsequent to Dr. Wood’s retirement, Dr. Baston and President Meyer have forged a friendly working partnership that is moving the 3D Center forward.

It will now help to develop Middle Skills Academy offerings and is also is being utilized as a key resource for the Advanced Manufacturing sector, the Assistive Technology, and Healthcare sector, and the Auto industry sector. 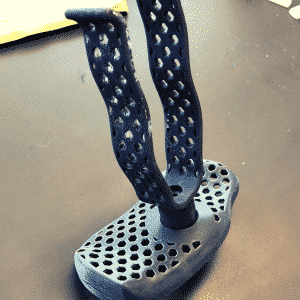 First iteration of the universal Joystick for wheelchairs

Currently, the 3D Print Center is working in partnership with Helen Hayes Hospital’s Physical Therapy division to prototype a number of different assistive technology devices, such as a utilitarian joystick.

T-SEC’s mission is to fund and support regional Labs and PODS located on-site at our Academic, Manufacturing, and Economic Development Partners’ campuses.

T-SEC does this by providing state of the art equipment in support of workforce development in order to develop a trained workforce and in order to create jobs for that workforce.

In support of those objectives, T-SEC offers a variety of strategies to our partners as a part of the relationship.

T-SEC as a funding partner to RCC will also be providing equipment for the newly opened RCC Nyack Hospitality and Food center, where T-SEC will be providing nearly $700,00 of capital funding.

Over the next two years, T-SEC will be sharing specific case-studies and news highlighting our ongoing, successful partnership with Dr.Baston and his team at RCC, as well as the various manufacturing and healthcare partners T-SEC and RCC will recruit, introducing them to prototyping at the 3D Center, and the various skills-based training being offered at RCC.