From our start as a nonprofit in the solar energy manufacturing sector, to today’s focus on becoming the Hudson Valley’s innovation partner, learn about how we work with economic development agencies, manufacturers, and SUNY colleges to grow jobs in the Hudson Valley

In 2007, The Solar Energy Consortium (“T-SEC”) was formed. The nonprofit was focused on the Hudson Valley with a mission to grow the area into a solar energy innovation and manufacturing hub.

The Hudson Valley had prospered under regional powerhouse IBM’s dominance in the computer industry. By the 1990’s market forces were changing and the power house employer cut its workforce and changed direction, leaving thousands in the Valley unemployed and millions of square feet of industrial and commercial real estate space empty.

As IBM shrank, so did related businesses. 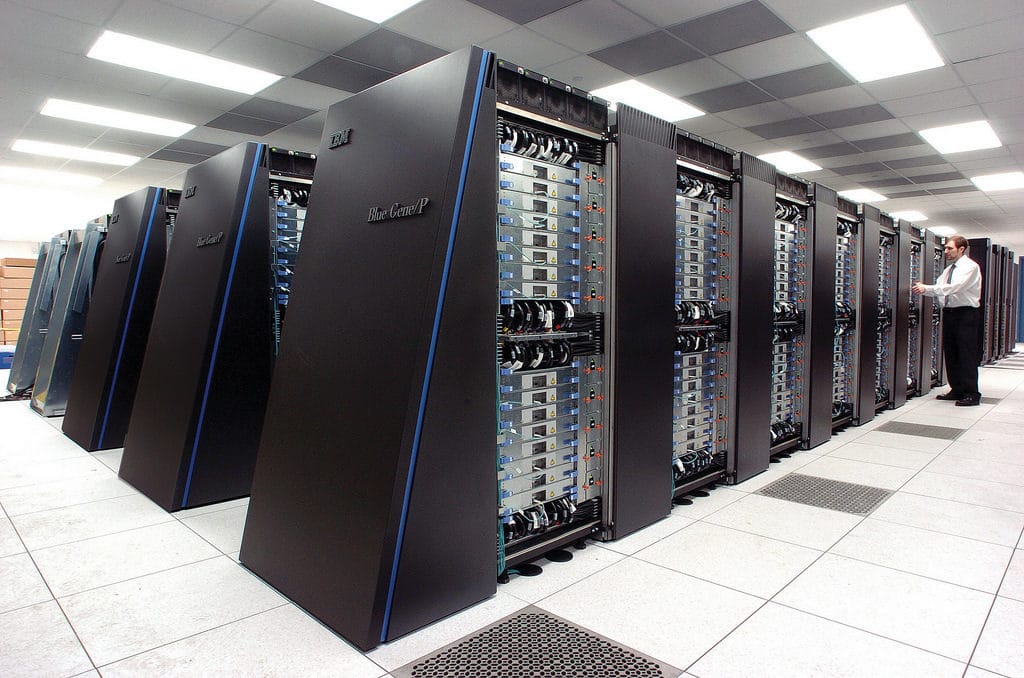 IBM computer manufacture once sustained the Hudson Valley’s economy. As new technology and a new focus overtook IBM, the local economy was effected.

Off shoring to Asia landed another blow to regional economic fortunes. Many textile businesses which were still producing in Newburgh, N.Y. packed up shop and headed overseas, and local manufacturers found it increasingly difficult to compete in the global marketplace.

Inspired to push back, the late Congressman Maurice Hinchey and local business leaders joined together to create T-SEC: The Solar Energy Consortium.

T-SEC believed that creating a solar energy manufacturing industry in the Hudson Valley would help the region remain competitive in the emerging solar global marketplace, especially since many IBM legacy businesses and former IBM employees had mastered technology relevant to the solar sector.

In 2011, though, the United States’ solar energy manufacturing sector’s viability waned suddenly, due in part to worldwide polysilicon capacity increases and the outsourcing of hi-tech production to Asia.

In response, T-SEC remained nimble and began applying its successful business model to small and medium-sized manufacturers in the advanced technology sector, still maintaining its focus on its long term objectives: 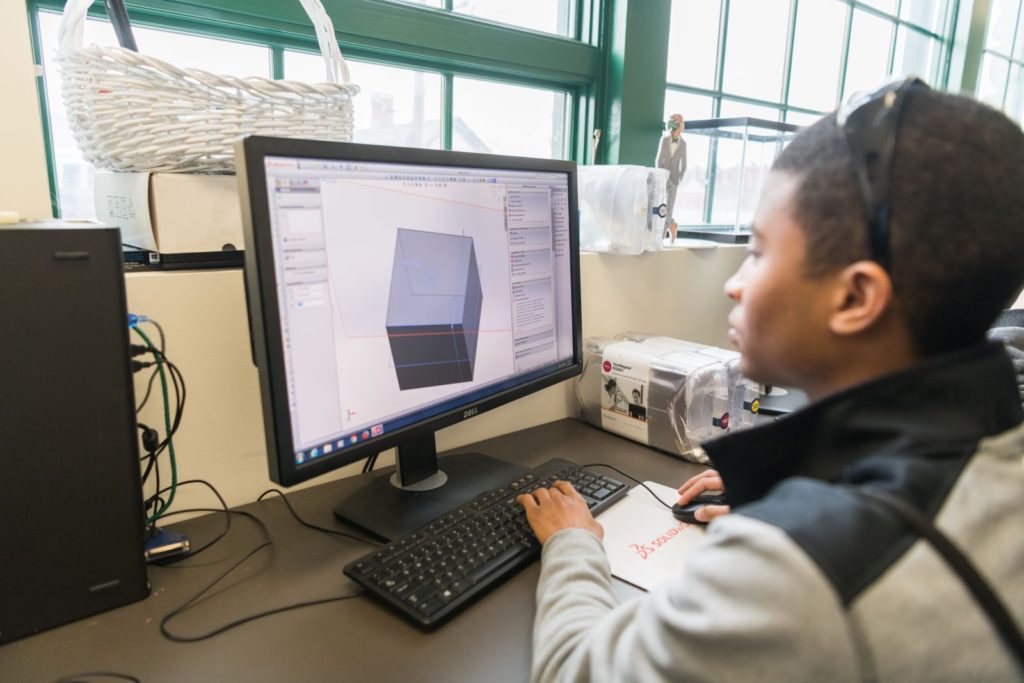 T-SEC redirected its mission to focus on partnering with SME’s, regional manufacturers, and academic institutions facilitated largely by the relationship T-SEC forged over time with the economic development agency, The Orange County Accelerator.

The goal has long been to help foster workforce skills training to meet the needs of tech companies. These partnerships also extended to startup entrepreneurs.

Essentially, T-SEC created a lab network distributed among both community colleges and manufacturers, (and facilitated by economic development agencies, specifically the Empire State Development and The Accelerator, powered by the Orange County IDA) with the hope of offering access to costly technology, skills training, and a nurturing of relationships between employers and future employees: the students. Veterans and back-to-work candidates were also encouraged to participate in the many programs and opportunities associated with SMARTT Labs.

By locating sophisticated hi-tech equipment at partner community colleges as well as at manufacturers throughout the Hudson Valley, characterization and testing equipment was made available for all SME’s to use in product testing and research, as well as workforce development-centered education.

T-SEC also partnered with The Accelerator to create SMARTT PODs.  Complementary to SMARTT Labs, the SMARTT PODs are “production on demand centers” where startups and small businesses can locate their pilot-scale production facilities in fitted-up, co-working spaces available at below market, affordable rates.

The spaces also offer access to equipment which, because of limited capital, an entrepreneur would likely not be able to afford, such as commercial kitchen canning and cookware or sewing machines and pattern-making technology.

SMARTT PODS are located at sites throughout Orange County

The United States Economic Development Agency’s (the E.D.A.) cornerstone Comprehensive Economic Development Strategy (CEDS) plan emphasized many things, chief among them regionally-driven economic development planning with an emphasis on nurturing and expanding business clusters, in our case SMARTT PODS.  The E.D.A. emphasizes the creation of a state of elasticity wherein economic regions are diversified and thus able to respond both to upturns and downturns. Regional resilience is a reoccurring theme.

The same letters, but new words for an agency’s legacy acronym

T-SEC secures its funding from state and federal agencies. Over time, its acronym developed great recognition and credibility in the ten years since its creation. Grantors knew its beneficial impact on improving the Hudson Valley’s economy and developing employment-ready training programs to close the manufacturing “skills gap.”  But the literal words in the name brand had dramatically been left behind due to economic events. T-SEC was no longer focused on Solar Energy companies and their growth in the region.

Mindful of the resilience requested from involved Hudson Valley economic development agencies by the E.D.A., T-SEC voted in fall of 2017 to retain its well-recognized acronym, but it moved to replace the words with nomenclature more in tune with the work and mission T-SEC engages in now.

The work of T-SEC 2018 is reflected by these words: The Strategic Economic Consortium. In fact, the words underscore the way in which T-SEC aligns perfectly with the directive from the EDA. i.e., to work strategically to define critical manufacturing success factors and assist regional manufacturers to  grow and prosper and create new, well-paying jobs, thus improving the regional economy. We are also following the directive from the EDA by establishing public private partnerships to ensure a resilient Hudson Valley region.

We do so in partnership with: Manufacturers, Academia, and other Economic Development Agencies. 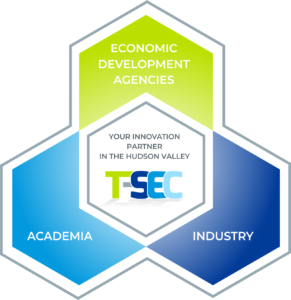 T-SEC, our acronym stands for: The Strategic Economic Consortium