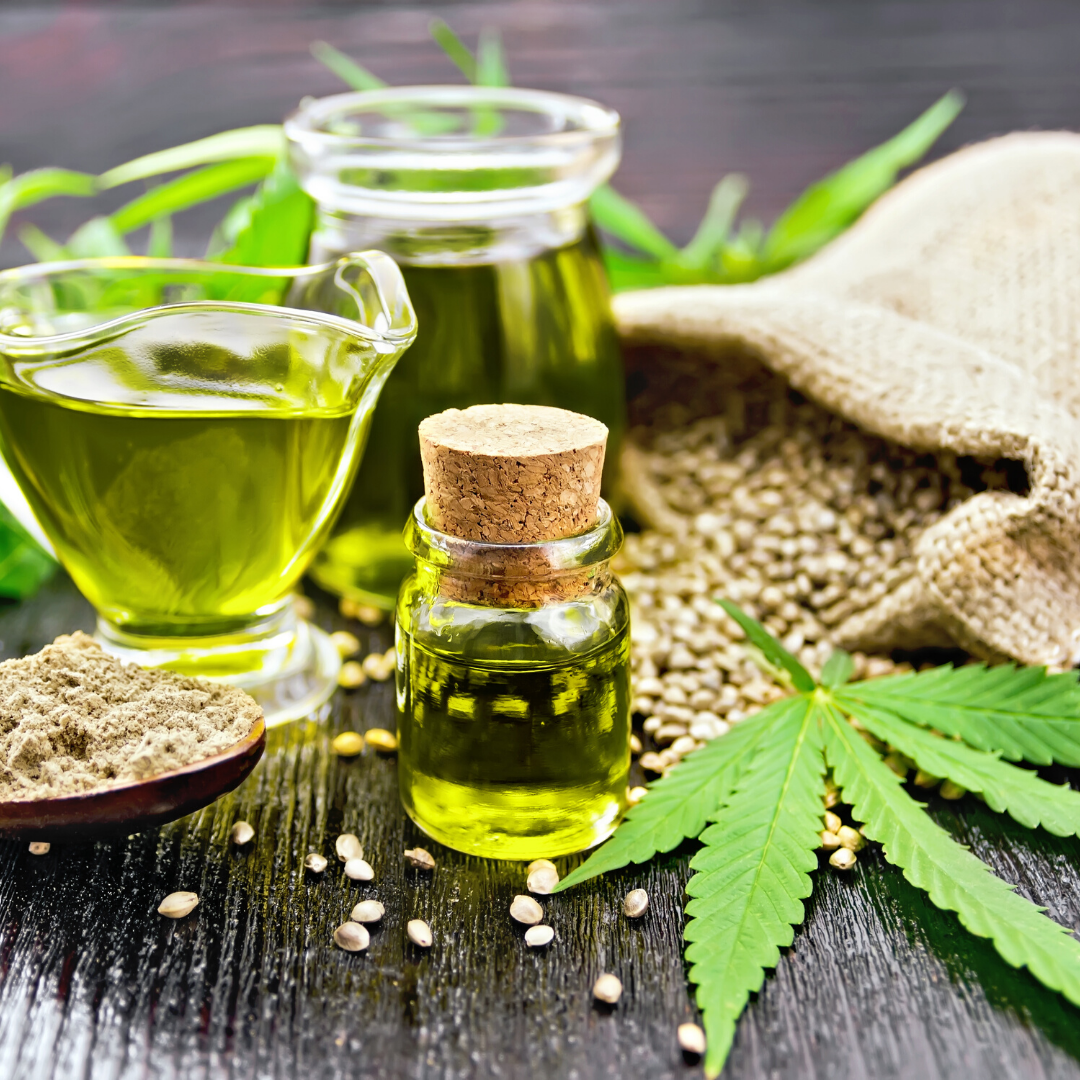 It’s 2020 and across the US businesses are flourishing in response to the deregulation of commercially grown and processed hemp.

Why is business good and growing?

There are a lot of reasons, but in particular CBD oil, the chief byproduct of processed hemp, appears to have potential medical benefits, and , consequently, is in demand.

Some possible benefits appear to be a role CBD oil can play:

But in order to provide the necessary quantities of CBD oil for the creation of CBD oil-based healthcare products, a massive amount of hemp must be grown.

And once grown, that hemp must be processed.

Equipment manufacturing for CBD is booming at a Hudson Valley manufacturer 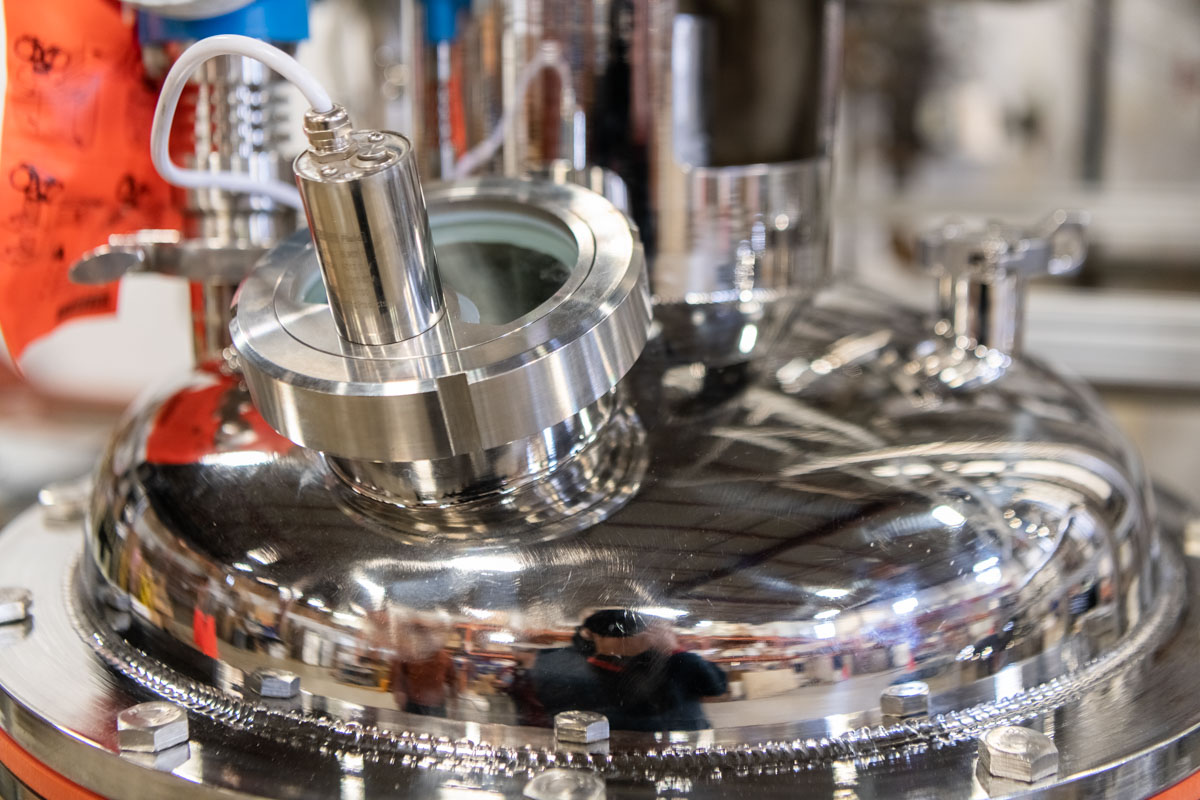 Ceres Technologies is a T-SEC partner that is working to meet the demand for hemp oil extraction equipment. They use T-SEC testing and characterization equipment in their manufacturing production.

Ceres, located in Saugerties New York, is one of the Hudson Valley’s premier advanced manufacturers and prides itself on its outstanding design and engineering capabilities.

Ceres, along with and a handful of other manufacturers nationwide, have the engineering expertise and production capability to manufacture the equipment solutions that make large quantities of CBD oil production possible.

As the specialty food and pharma industries turn to product processors, these processors, in turn, look to advanced manufacturers like Ceres Technologies for the equipment that will establish them as tops in their field.

Background on hemp as a crop

In 1937 The Marihuana Tax Act was passed.

The Act effectively ended the cultivation and processing of hemp (a plant, like marijuana, of the genus of Cannabis Sativa) in the United States.

Though the main target of the regulating tax was marijuana, and its increasing recreational use, hemp, since it was also a variety of Cannabis Sativa, was regulated as well.

The upshot? Growing hemp, a crop that, historically, was a powerful part of early American economic growth, was banned.

The new Tax Act also offered another ancillary effect: the end to research and development surrounding the commercial growth of hemp.

History of hemp as an agricultural product in the USA

The U.S. Government had previously viewed industrial hemp and marijuana as the distinct varieties of Cannabis Sativa they were.

Both have THC but in vastly differing amounts.

Marijuana with its higher concentration of THC, the chemical which gives the plant its hallucinogenic properties that are activated when ingested or smoked, enjoyed recreational popularity.

Hemp has little THC, and its popularity was as an agricultural staple.

It was a workhorse corp grown for millennia and during the 18th, 19th, and early 20th centuries in the US, the valuable finished products it produced made it an important Colonial crop, as well as a post Colonial crop.

No longer a controlled substance

Fast forward to the start of the 21st century when a new USDA Farm Bill was passed in 2018.

The bill removed hemp as a listed controlled substance and encouraged states to draft and enact policies encouraging the cultivation, processing, and production of medicinal, therapeutic cannabidiol, commonly known as CBD Oil.

This decriminalization, in turn, threw agriculture and manufacturing into a tailspin as demand for CBD oil had a trickle-down effect.

As in the 19th century, when cotton was king, demands required equipment capable of satisfying a voracious market.

This is the case today, and Ceres Technologies is taking the manufacturing lead in meeting that demand. 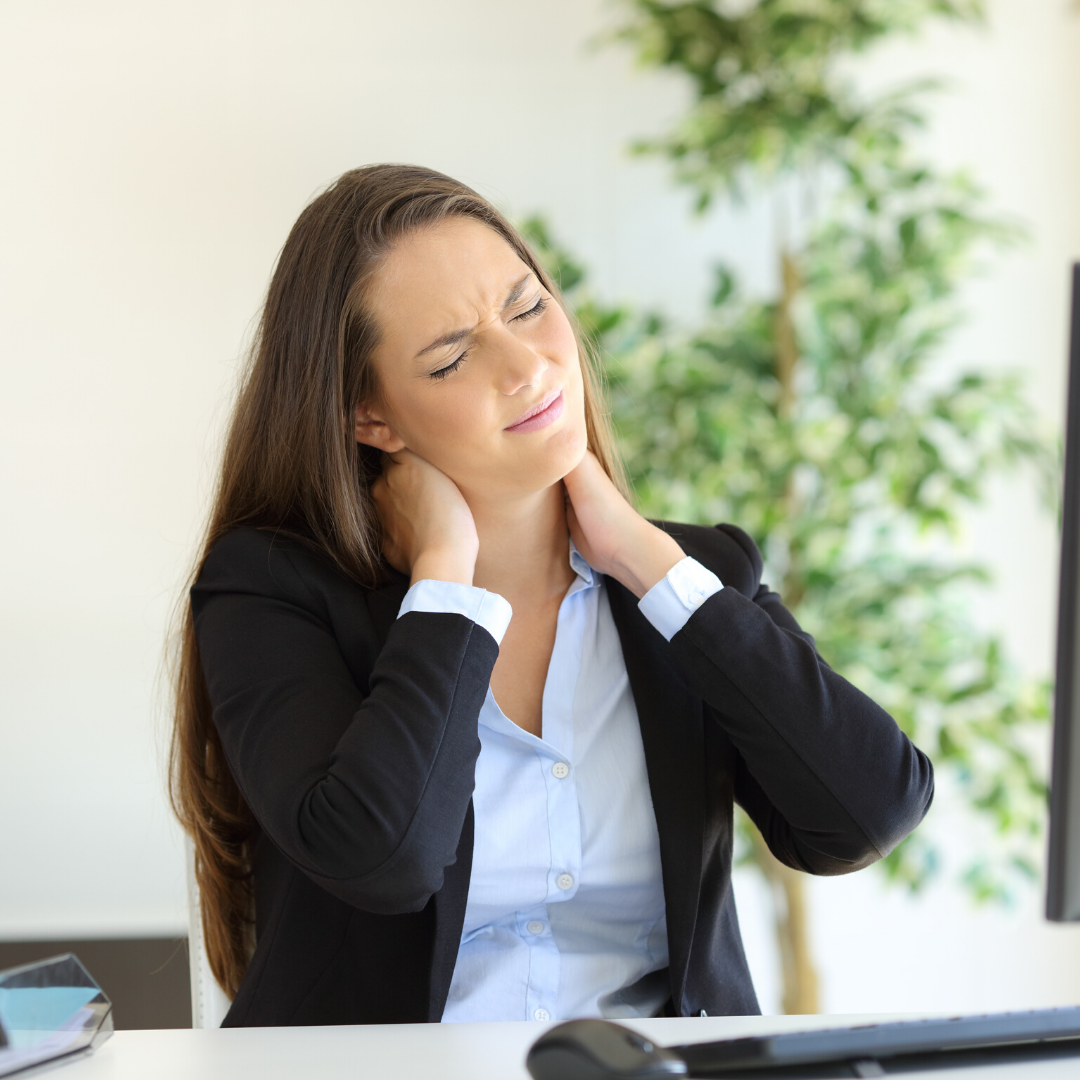 Preliminary trials suggest CBD oil may alleviate pain. This has contributed to the demand for CBD oil. Manufacturers are responding by building out equipment to meet demand.

Why is hemp an important crop?

One particular reason hemp oil extraction industry has grown rapidly in the last few years is that hemp oil for medicinal use has gained in popularity.

In the 1990s through the 2000s, the widespread prescribing of opioids for pain relief had an unintended consequence: Rapid onset addiction occurred for many people managing pain.

After their scripts ran out, some of these people turned to heroin obtained on the street because, unfortunately, they had developed an addiction.

Patients will always seek out pain management, but because opioid addiction as a response to pain management and the troubling addictions that ensued were widely covered in the press, the medical field dialed back on the easy dispense of scripts for opioids in response to public outcry.

Enter CBD Oil, which has been identified as having promise as an alternative option for pain management.

Financial analysts peg the hemp oil and CBD oil industry (with multiple verticles) as developing into a multi-billion dollar business over the next decade.

Per Forbes Magazine, “leading cannabis researchers BDS Analytics and Arcview Market Research, projects that the collective market for CBD sales in the U.S. will surpass $20 billion by 2024.

According to financialnewsmedia.com, “writers believe that as the cannabis industry evolves, it will become fragmented, with various companies specializing in separate parts of the vertical market… just like other verticals in other industrial markets.

They predict that companies focusing solely on cannabis extraction will end up being an increasingly important subsection of the overall industry.”

The growing demand for quality oil

Ethanol is the choice extraction medium

As the demand for extraction grows, the hemp oil extraction industry increasingly turns to ethanol as the most efficient, economical, and safest extraction method.

Ethanol on the most fundamental level doesn’t create the kinds of pressures other means offers, and it’s flammable, but not as flammable as other solvents.

It has high yield rates and produces an extremely pure end product. It is efficient and safe to handle but as an effective extraction solvent, pure ethanol is quite expensive.

That’s why an extraction system that allows manufacturing processors to recover a large percentage of solvent to be reused many times over is highly sought after.

Scalable methods that both employ ethanol and remove inefficient bottlenecks while recovering sizable portions of solvent are desirable. 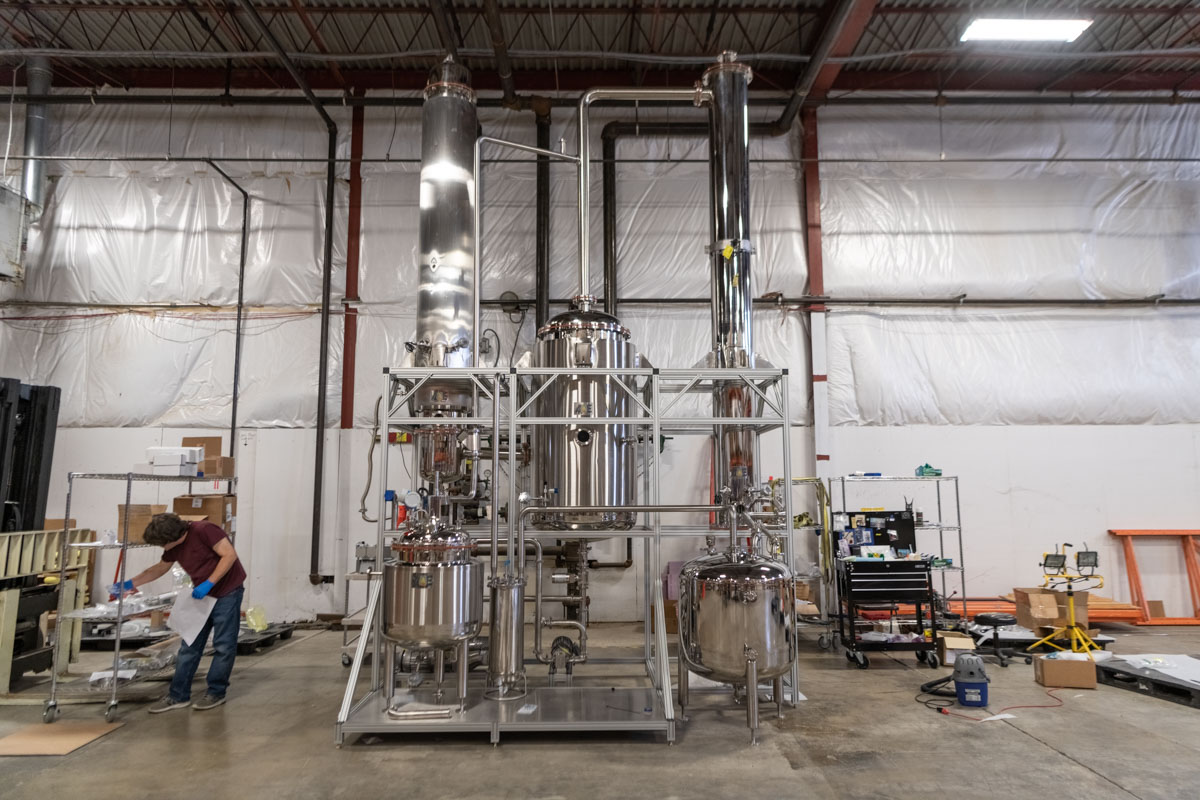 In order to process the high-value hemp oil in demand for commercial grade CBD oil, with minimal degradation, and in large quantities, ethanol evaporator equipment designed at scale is increasingly in demand.

This means there is a tremendous need for qualified engineering and manufacturing firms.

Typically, those that are succeeding are OEM’s that have experience in AG and Industrial Engineering and have engineered and fabricated equipment for other agricultural and food line production clients.

The equipment Ceres is manufacturing works with an extraction process where raw hemp (biomass) is processed in a vat of ethanol. The extracted crude oil that results after a period of steeping includes the CBD oil and other substances.

For a final product of relatively pure CBD oil, an evaporator is loaded with roughly five gallons of ethanol-treated impure oil.

Once inside the evaporator, the ethanol oil liquid passes through a chamber of tubes enveloped in a steam jacket.

The heat from the steam jacket spurs the evaporation of the ethanol and the oil (with some ethanol remaining) accumulates in another chamber, now transformed into a vapor stream.

This vapor stream further moves through tubing continuously evaporating the ethanol; at a certain point it accumulates and subsequently a stream, or vapor trail, shoots over to a big chamber known as a centrifugal separator. 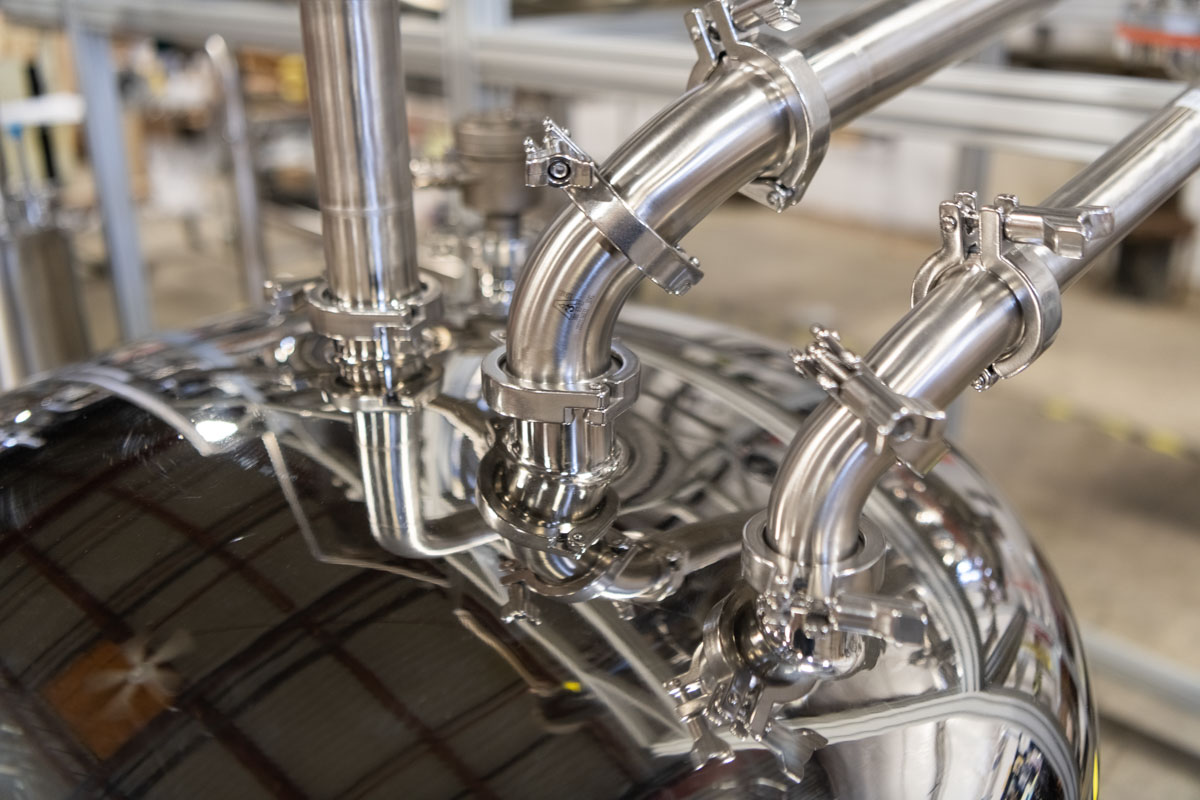 The centrifugal force in the separator removes any additional mist that may be in the vapor trail which then moves into a final chamber enveloped with coils filled with coolant. The ethanol then condenses from vapor form and the ethanol is then captured and recirculated so that the ethanol is reused.

Material transport: A core technology of Ceres’ business as an advanced manufacturer

Joe Gordon, a University of Berkley trained physicist, and Ceres’ operations manager briefed us on the business when we visited Ceres’ campus recently.

“The core technology of Ceres’ business is the material transport of liquids and gases and being able to supply equipment with the right type of very pure gas,” he explained.

“We make equipment that takes the material, and sometimes the material comes in a solid form sometimes it comes in liquid form, and we engineer it so that we can convert that material into a gaseous stream in order to use them in different types of process equipment.

“We do a lot of work making semiconductor equipment and other types of process equipment.”

“And the evaporator is actually very similar to what we normally do with semiconductor equipment,  just scaled to a different industry.” 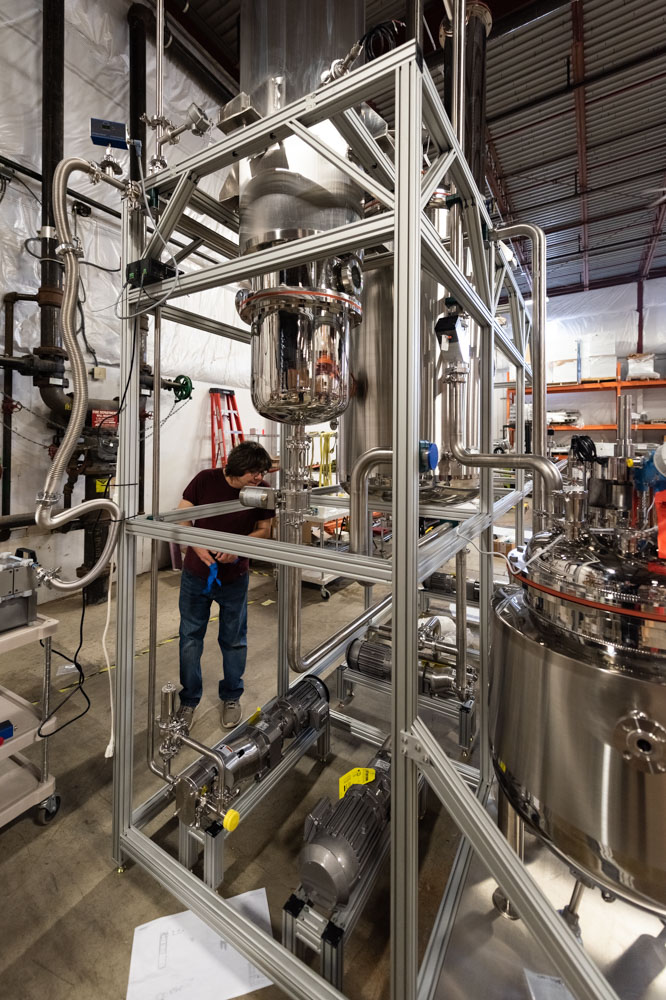 High purity piping is required for what is needed for a solvent recovery system for processing CBD oil and as part of the Hemp Oil Extraction Equipment Ceres manufactures.

“At Ceres, we manufacture all of our piping which is high purity piping. This experience fits in perfectly with what is needed for a solvent recovery system for processing CBD oil.”

Because of decades of experience working across different sectors, Ceres has developed flexibility in their core technologies to serve a variety of different marketplaces, or to meet the needs of a new one! 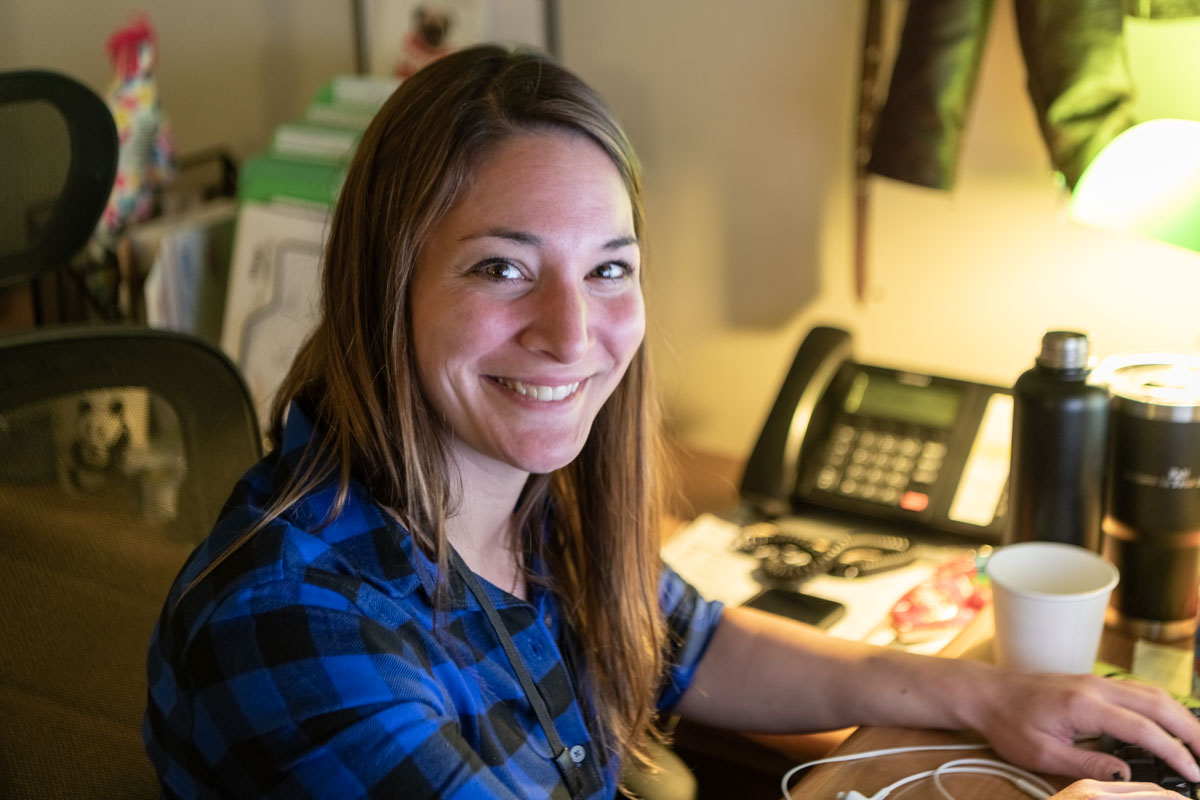 Shipping equipment across the country and internationally

“We are shipping our CBD oil solvent recovery system all over the country, like down to Nashville to an old tobacco farm there that they have repurposed as a hemp farm,” Joe said.

“A lot of what the industry has been doing has been based on things that are lab scale.”

“Now that the laws have been passed legalizing CBD, all the farmers are growing pretty large quantities and this equipment is really aimed at providing the type of equipment that people need in order to produce and purify the amount of product that is being produced today.”

“So a lot of the systems are doing like five or 10 liters per hour,”  Joe explained.

From concept to completion

“When the client comes to us from concept to completion we start by basically talking about the different technical paths that could be reached.”

“How do you evaporate it? There are different types of evaporators and the different sizes you can use. We basically go through those options with them.”

“On this particular evaporator, we did most of the engineering on it and we did all the thermodynamic calculations.”

“We calculate and engineer how much heat will be needed to raise the temperature up to evaporate the solvent,  how much surface area is required.”

“We calculate similarly how much cooling will be needed.”

“A unit like this will require a 65-ton chiller unit to be able to cool it down. When you are boiling five gallons of ethanol a minute from liquid to vapor form. That takes a huge amount of energy. At Ceres calculating and engineering to those kinds of specifications and coming up with the appropriate solutions is what we are known for,” he finished.

Ceres Technologies is interested in new clients for the manufacture of hemp oil extraction equipment as well as any other kind of process engineering needs and opportunities. To learn more and to contact them, visit here.

One Hudson Valley Advanced manufacturer, Ceres Technologies, is building out equipment for use in the ethanol extraction and evaporation process for large scale commercial enterprises.

In doing so, it relies on a highly specialized piece of equipment on loan from T-SEC.

The equipment is known as a helium leak detector. In this case, specifically, the piece of equipment is an Infinicon UL1000 Mobile Helium Leak Detector, designed to meet the most demanding industrial leak detection applications. 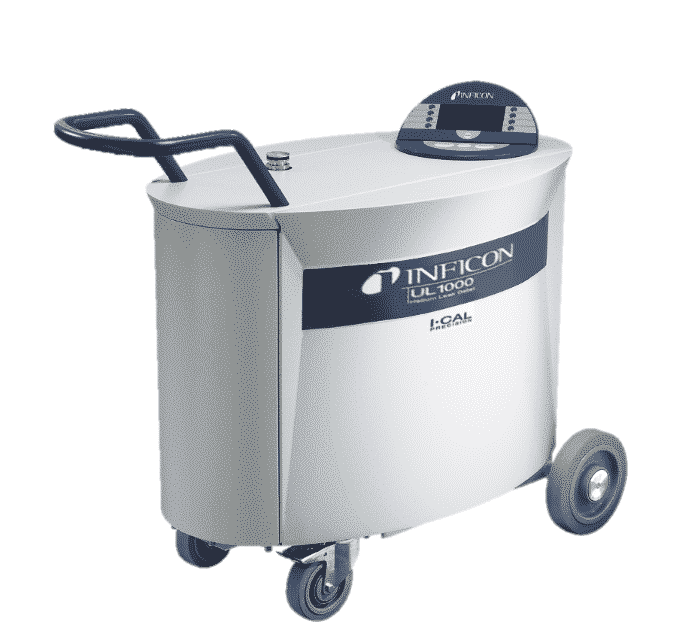 The Infinicaon UL 1000 is a T-SEC owned piece of equipment that helps manufacturers test and measure for leaks in manufacturing equipment.

A helium leak detector, also known as a Mass Spectrometer Leak Detector (MSLD), locates and measures leaks into or out of a system or containing device, such as the piping used in the manufacture of the CBD oil hemp evaporator Ceres is manufacturing.

By using helium which is pumped through the part, and hooking it up to the MSLD, small and large leaks are detected. Helium as a tracer gas is preferred because it finds leaks quickly is non-toxic, and chemically inert.